A refresher on the Domain Name System (DNS)

Accessing web pages on the internet is easy. You simply type a domain name (google.com), and the page magically appears in your browser 😄. This is great for us, but not so much for your browser. It has to translate the domain name to an IP address in order to retrieve the page over the internet. The middleman which translates domain names to IP addresses is called the DNS.

The process of resolving URL to IP addresses is simple but to understand it we need to take a look at a number of things DNS Recursive Resolver, Root Name Servers, Top Level Domain Name Servers, Authoritative Name Servers, DNS Caching, DNS Queries

This is also known as the DNS recursor. It receives queries from applications such as your web browser and operating system and is responsible for either resolving the query from its own caches or making additional requests to other DNS servers in the DNS hierarchy. It starts the DNS lookup process if there is no record in its cache.

Root name servers as the name suggests is at the root of the Domain Name System hierarchy. Root name servers store and maintains in its database, information that allows it to point to more specific locations like the generic top-level domains (com, .org, .net, .edu), country code top-level domains (.us, .uk) and Internationalized Domain Name which is quite uncommon. It is the first step in translating human-readable URLs to IP addresses. Root servers fulfil requests by responding with a list of name server details of TLD Name Servers, the most suitable for the domain name requested by looking at the url extension. 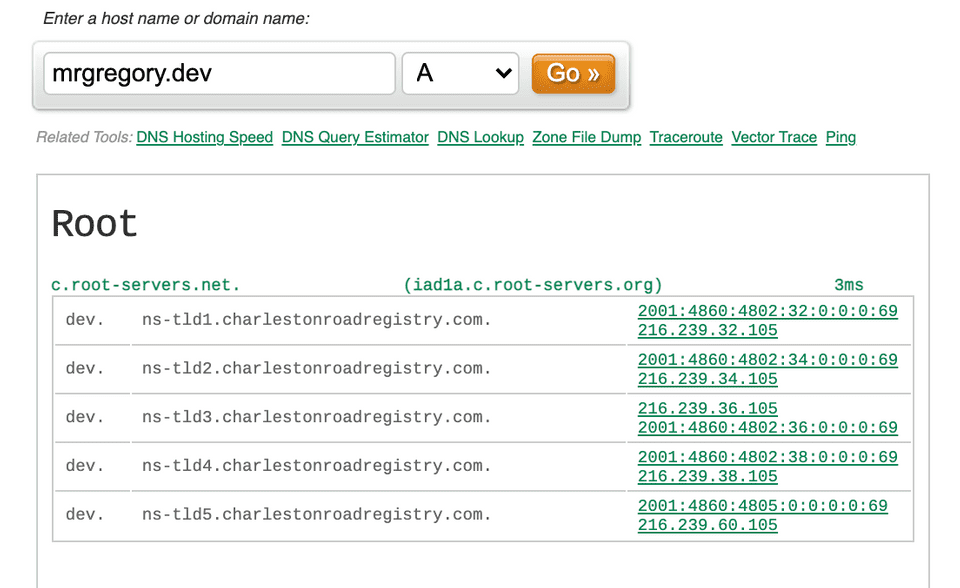 There are 13 well-known IP addresses for the root servers but under these 13 are 100s of servers which resolve client queries. Look at root servers, operator, locations and their IP addresses here. 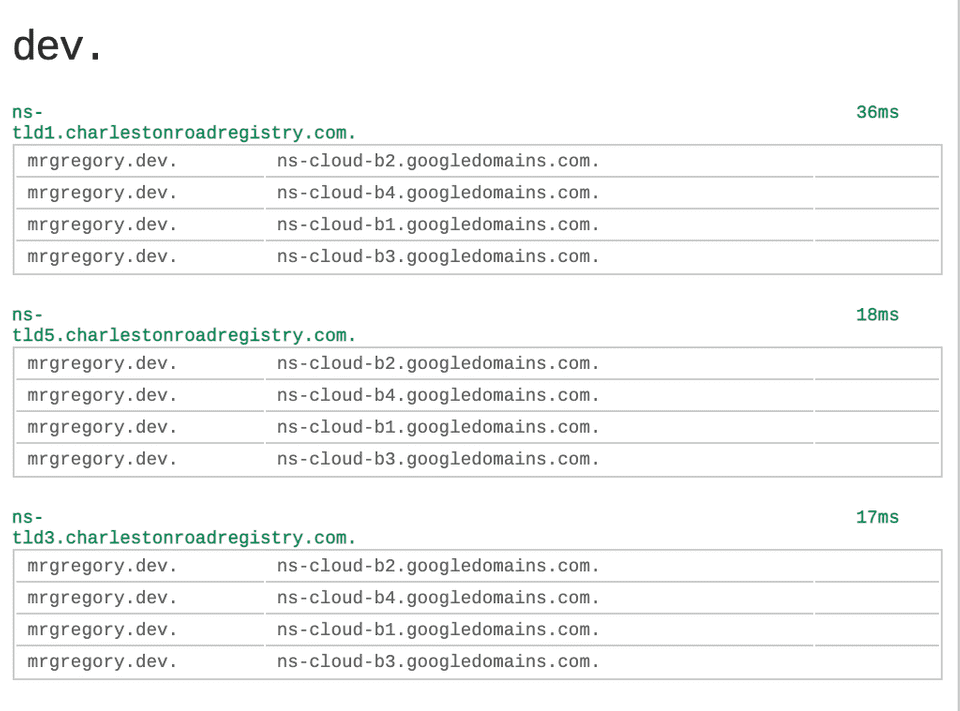 This is at the bottom of the hierarchy, and is often the last step in DNS’ quest to resolve a domain to an IP address. Here is where information about the domain name is found and returned to the DNS recursor. Depending on whether the domain name has an alias (CNAME record), an authoritative server responds to the DNS recursive resolver with the CNAME record containing an alias domain which triggers another DNS lookup. If not, an A record containing an IP address is returned to the recursor. Note in the image below, we have an IP address from the list authoritative name servers provided by the TLD name server.

Caching is an important part of DNS resolution. DNS is fast ⏩ but caching makes it even faster ⏩⏩. Caching happens in several places in a typical DNS lookup. Operating Systems cache DNS records, web browsers, DNS Recursive Resolvers, and at each step during a DNS lookup. Records are cached with a TTL (time to live). When the TTL expires, the record is removed. This allows your browser or OS to quickly retrieve records of previously looked up domain names without having to do a complete DNS lookup process.

Ultra tools provides lots of cool tools to visualize DNS lookups and more. Check it out ! Until next time 👋🏽